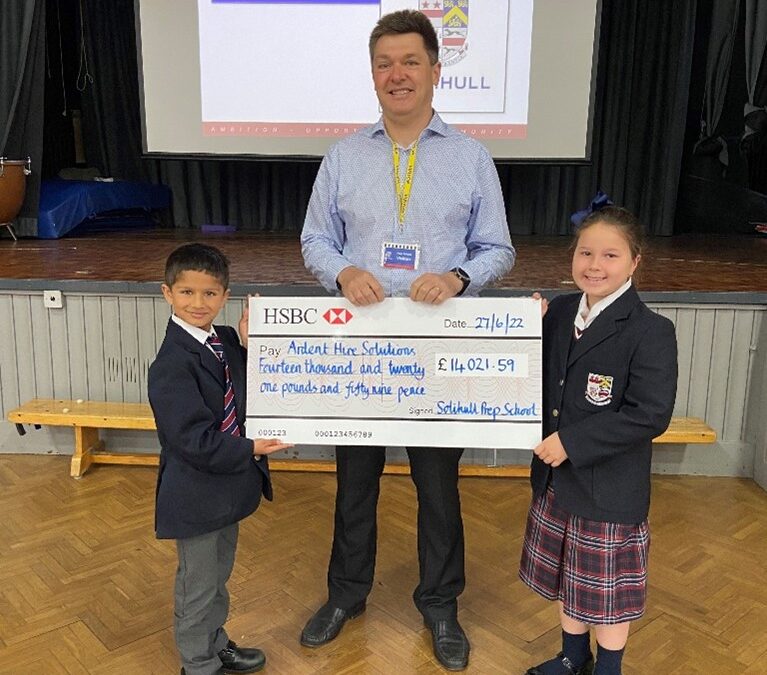 Thank you to Solihull Prep School whose Megathlon earlier in the year raised over £14,000 for Ukrainian refugees. This money was used to buy 10T of baby food, instant soups, pates and canned meat. Pupils also donated food which was collected from the school and transported to Ardent’s Ipswich depot for forwarding to Kosice in Slovakia.

The food bundle was despatched from Kosice to Vinnytsia, Ukraine on 11th July 2022. The truck was filled to full capacity with mineral water and clothes, courtesy of the Rotary Club of Kosice who also funded the transport costs.

On 14th July three Russian cruise missiles were targeted at Vinnytsia hitting an office block, medical centre and residential buildings. The city was a welcoming home for those people who had to run from their cities to survive. 23 people were killed (among them three children), 73 were injured and 18 were reported missing. One of the people killed was the niece of the owner of the charity that was distributing the food to  refugees.

A video of the food being distributed in Ukraine is available here: https://www.youtube.com/watch?app=desktop&v=S1jdvzGnx4o